The SEASPOON project aimed to build a prototype marine turbine to generate electricity from tides on a 1:20 scale from about 3-5kW electric and sea testing. The prototype was made in RTI by ENGINTEC in partnership with the Genoa companies Techcom (turbine monitoring and remote control system) and 3DB (turbine construction) and with the technical and scientific participation of the Department of Engineering Mechanics, Energy, Management and Transport (DIME) of the University of Genoa.

The project builds on the preliminary results of the tank trial obtained by staff at the Thermochemical Power Group of the Genoa Polytechnic School of Engineering at the Savona headquarters, which demonstrated the feasibility of the idea and its high future potential.

The implementation of the prototype required an in-depth study of the mooring device, orientation system and materials of the different components of the generator.

In particular, the characterisation of the parts exposed to the greatest stresses (pale) and the rotating parts that most degrade due to corrosive and vegetative effects has been developed.

The reading of the operating data during the sea test, in addition to providing the future control room with any anomalies, can be used by the device itself to process intelligent self-decisions in case of no communication. The design was adequately supported by fluid dynamics analysis developed by ENGINTEC to protect the plant.

In order to achieve future industrialization, technologies have been identified that will allow cost reduction, rapid implementation and simplicity of assembly and maintenance work also on site.

In addition to the implementation of the 1:20 scale prototype, the following issues were addressed: 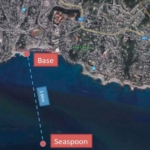 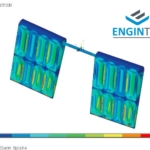 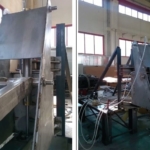 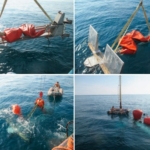